Last weekend the engines roared and the international attention was on the city of Detroit. The Grand Prix was in town, bringing racers and race enthusiast from around the world to our city and to Belle Isle. From Indy racing, jumping trucks and more. The Grand Prix offered family friendly options throughout where you can not only look at your future car, but learn more about the brands that we are all familiar with and make driving so much easier. 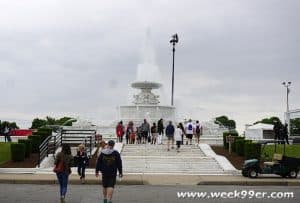 Having lived in Detroit from the last 12 years, Belle Isle is one of our favorite parks to visit in the city. But we had never attended the Grand Prix, and this year thanks to Honda and Acura, I was able to attend the Grand Prix and see the park and the island in a completely different light. 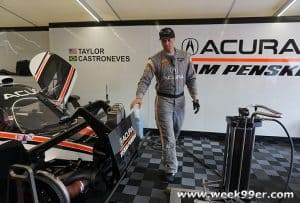 The Detroit Grand Prix allows attendees head back to the Paddock and see where the teams are setting up, fixing the cars and resting between races. You can walk through Pit Row and get face to face with the drivers and the vehicles that rush past you. You can feel the speed and power as all of the vehicles zoom past, and can hear them from every corner of the island. 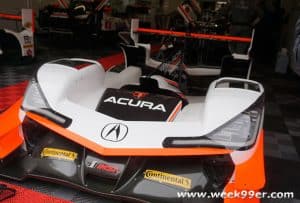 Besides the speed power of some of the best racers in the world, the Grand Prix brings so much more to the city of Detroit. The weekend at the races brings a fun time for the whole family, and race fans of all ages. But it also brings positive attention to the city, brings in so much business to the area.

Becky is an interior designer, an adjunct professor, a foodie, a product reviewer and a gluten free blogger in Detroit, Michigan. She runs a family friendly lifestyle site Week99er.com. Week99er is a family friendly site featuring products, events and recipes for your family.
Website

Women are breaking down boundaries in the automotive industry, technology and more as we highlight changes in the industries.